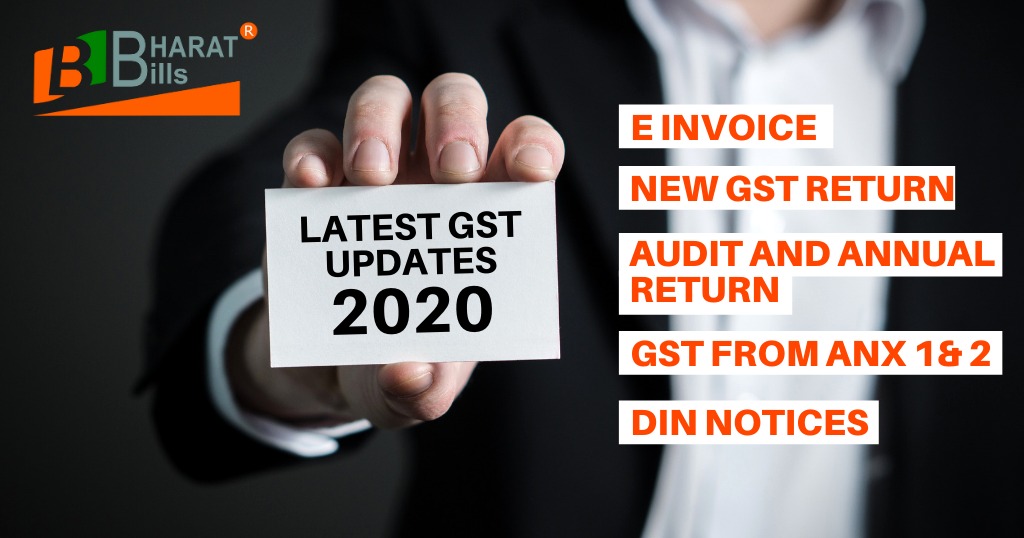 The new year has bought many new changes or about to bring in everybody’s life, and so does to the GST system.

The new changes made are important to make the system more effective, accurate, updated and in addition to this taxpayer-friendly also.

Many changes have already been made and some are yet expected to be made soon or within a few months of this new year.

All those major changes and updates to the GST system 2020 are mentioned and explained in this article to keep you updated with the system.

If you are a taxpayer with an annual turnover of more then 100 crores then this update is especially for you.

Those taxpayers who are having an annual turnover of more than 100 crores for those GST E-invoicing System is mandatory, they will be continuously uploading of revenue invoices on a real-time basis.

This is a major change for the taxpayers this will be applied to other b2b taxpayers soon in the near future.

A new Invoice Registration Portal is going to be introduced in GST 2020.

These amazing features will help to generate E-invoices from the invoices that are provided by the supplies.

For now, E-invoices will be sent to the suppliers and customers with the help of this new feature.

GST return filing is a very crucial part of the GST system.

Keeping this in mind a more simplified and advanced GST return system will be integrated starting from 1st of April this year.

This new system will increase the speed and reduce most of the errors to a great extent.

A major update has been made in Annexure 1 and Annexure 2.

Annexure 1 of Outward Supplies is going to be replaced by the GSTR 1.

And Annexure 2 of Inward Supplies will be repealed by GSTR 2 A.

These two are very important in the process of GST return filing.

Restriction on the Claim of ITC

Restriction on the Claim of ITC has been reduced from 20% to 10%.

If the supplier has not mentioned the details of supplies which has been made by him in the returns he filed, then in respect of those supplies, the recipient of such supply will be eligible to take the credit of ITC up to the 10% of the total amount of ITC only.

Which shall be eligible to the recipient in case, the supplier has mentioned the details in his return.

With effect from 11th January 2020, if any taxpayer did not file or fail to file his GSTR-1 for a period of 2 consecutive months then he will unable to generate the E way Bill until and unless he filed the return along with the interest due to him.

It is now necessary to file both GSTR1 and GSTR 3B Regularly to avoid any interest charge on him.