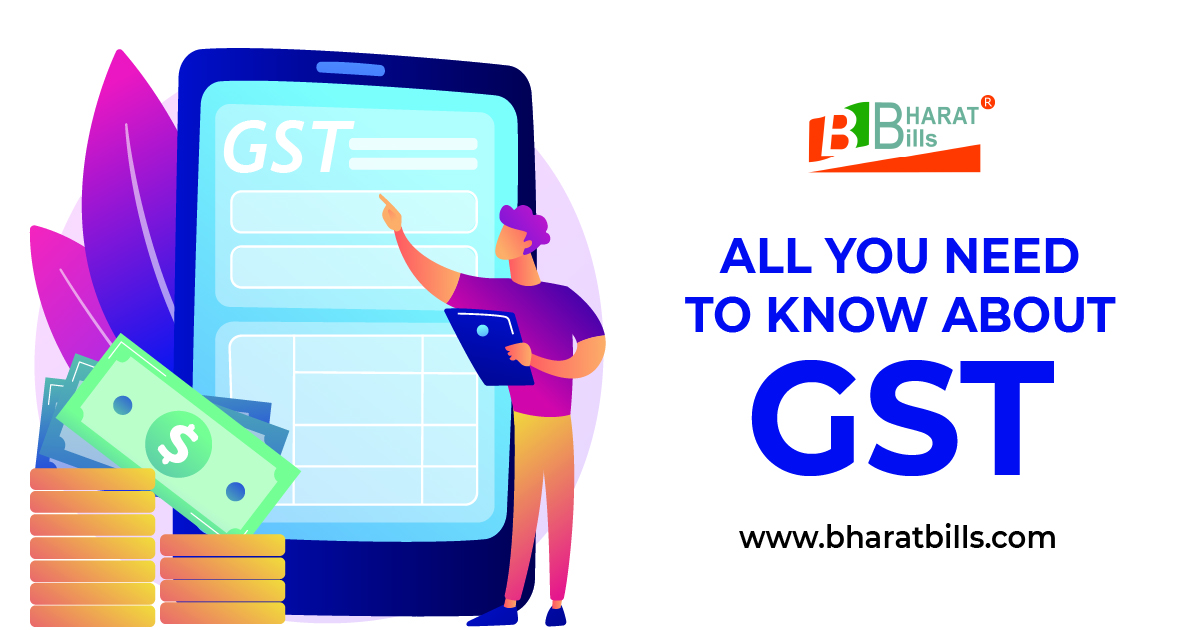 What is GST (India)? – A Complete Guide

GST will not scare you anymore because we are going to tell you all that you need to know about GST by sharing a complete guide, its history, advantages, and the new GST compliance. Keep reading the article if you want to know the origin of GST and its journey till now.

In this article, we take a closer look at what is GST and the reason why it is making business and taxes simpler and easier

What is GST in India?

An indirect tax known as goods and services tax has eliminated the need for all the other indirect taxes in India, such as VAT, excise duty, etc. GST was passed in 2017 on 29th Mar and came into existence from 1st July of 2017.

GST is a multistage tax charged on value addition

GST is a multi-stage tax that means it is charged on every stage of the sale from purchasing raw materials to selling them to the customers. In other words, GST will be charged for purchasing raw materials, manufacturing, selling it to wholesalers, selling it to retailers, and the final sale to the customers. Each value addition is subject to GST, which means if you buy raw materials and mix them up together the GST will be charged on the final output. Let’s understand it better with the help of an example.

GST came into the lights from 1st July 2017. It took 17 long years to frame a law, the actual journey of GST began when a committee decided to draft the law, and finally, the GST was passed in the Lok Sabha and the Rajya sabha. PM Vajpayee was the one to set up the committee for drafting the law in the year 2000. Further, in 2004 it was concluded that the GST must be implemented to improve the current tax Scenarios. Years passed by and new amendments were made in the GST then finally GST got implemented on the 1st of July 2017. Check out the image below to know the years and the amendments briefly.

The purpose of bringing GST in India?

GST eliminated the need for each and every indirect tax that was charged on the goods and services by the central and state government of India.

The government decided to bring the taxation system under a single roof named GST which further removed the cascading effects of taxes on the prices of goods and services.

Tax laws before the introduction of GST

Earlier there were many indirect taxes that were charged on the goods and services by central and state governments. Every state had a different set of rules and majorly collected tax in the form of VAT.

Interstate sales of goods were taxed by the central government and the tax CST was charged on it. There were taxes like entertainment tax, local tax, etc. Both were charged together by the central and state government which resulted in the overlapping of taxes. Let us better understand with the help of an example,

Thankfully, the GST has removed the need for all the taxes mentioned above.

Certain Taxes charged for Interstate purchases at a rate of 2% by the issue and utilization of ‘Form C” is still prevalent.

It applies to the following non GST goods:

Applies to the following transactions only:

How has GST reduced the prices?

As we already know, during the pre-GST period, we as purchasers were paying the tax. In other words, we were paying the tax on every additional value which is known as the cascading effect as discussed above. With the introduction of GST, we experienced a uniformity in our taxation. GST basically integrated the whole country with a uniform tax rate which further improved the collection of taxes and enhanced the economical development of India by removing all non-relevant indirect taxes.

Whereas in the present GST regime the tax is paid at a predefined rate. There’s a way to claim the paid tax credit. In simple words, any individual who paid the tax already can claim credit for the already paid tax at the time of filing GST returns.

The sale price is reduced every time an individual claims the tax credit which further allows the customer to bear lower prices because of reduced tax liability. As a result, customers felt a reduced burden right after the implementation of GST.

Filing GST online is the biggest win for every business owner as you don’t have to get confused with various taxes apart from GST. There are several other new GST regime that has been introduced, let’s discuss them below:

A centralized system of Waybills under the name “E-way bills” By GST was launched on 1st April 2018 for interstate sales and from 15th April onwards for intrastate sales. Under this system, the manufacturer or trader can simply generate e-way bills for the goods that are transported from one place to another, smoothly. This system helped tax authorities greatly as this eliminated tax evasion.

The business has to necessarily get a unique IRN (invoice reference number) for every B2B invoice by uploading it on the GSTN portal. The portal further authenticates the realness of the invoice and authorizes it with a digital signature and QR.

E-invoicing helps you reduce the data entry errors as the invoices are operated on their own. It is specifically designed to pass the details from IRP to GST and e-way bill portals effortlessly eliminating the need for manual data entries while filing GSTR-1.

What are the benefits of the GST structure?

The structure of the GST model is pretty similar to that of the Indian Government. The structure of Government is a dual model, meaning it has ministers on both the ends, state, and centre. This same arrangement can be seen in the case of GST as well. Due to this similarity, both governments will excise GST synchronously.

Let us look at the four sections in which GST is implemented:

In contrast with the Service Tax Act 1994, GST is one of the biggest tax reforms introduced by GST because it covers the entire nation, including Jammu and Kashmir. Now we will see what all these four sections are:

SGST or State Goods and Services Tax applies to both goods and services provided within a state. In the case of SGST, the taxable amount will be offset first by the SGST or UTGST, then the remaining amount can be set off against IGST input tax credit. State governments use the tax collected under SGST to run their operations. CGST rate for a particular product or service shall equal the State Goods and Services Tax rate.

IGST or Integrated Goods and Services Tax is imposed by the Central Government and is excised on both services and goods outside the state, unlike other taxes, in other words, the interstate imports. The tax owed under IGST will be offset against the IGST in the first instance with the remainder being set off against CGST and then against SGST/UTGST input tax credit. IGST is collected by the Central Government and then shared with the rest of the state governments.

For more information read or check out our articles:

What is an e-way bill and who generates it?

What is an Invoice Template And How Is It Beneficial For You?